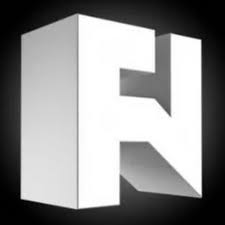 Fight Network Announces New Partnership – In what is their ever growing attempt to acquire digital content for the eventual wrestling app they are obviously building towards, The Fight Network has announced a new deal with SMASH Wrestling, a Canadian pro wrestling company that boosts Michael Elgin, Tyson Dux, and Mike Bailey. The Fight Network is owned by Anthem, who owns Global Force Wrestling (TNA/IMPACT). The show will air a one hour, weekly television series starting on July 20, that will even include some GFW stars, Braxton Sutter and Allie. The press release is below;

Beginning on July 20, Fight Network will televise a weekly one-hour series from Smash Wrestling on Thursdays at 10 p.m. ET, which follows the weekly premiere of IMPACT Wrestling at 8 p.m. ET. Smash Wrestling episodes will be broadcast on Fight Network in Canada, the U.S. and globally in over 30 countries across Europe, Africa and the Middle East.

“Fight Network was established in Canada, so we’re thrilled to add a distinguished Canadian organization such as Smash Wrestling to our extensive slate of professional wrestling programming, which also includes IMPACT Wrestling, New-Japan Pro Wrestling and Ring of Honor Wrestling,” said Ariel Shnerer, Director of Programming & Communications for Anthem Sports & Entertainment Corp., the parent company of Fight Network. “Smash Wrestling has a reputation on the Canadian wrestling circuit for its high-quality matchups, talented performers and fast-paced production, so we’re confident the weekly series will be a hit with our viewers.”

“We have always had key long-term goals and one of them wasn’t just to land a television deal, but to land it with Fight Network,” said Sebastian Dastranj, founder and promoter of Smash Wrestling. “We are a Canadian pro wrestling brand airing on a network passionate about its professional wrestling content, so this is icing on the cake and a perfect fit for our product. We are exactly where we wanted to be and couldn’t be happier.”

The inaugural episode on July 20 at 10 p.m. ET will feature Lio Rush vs. Tarik and “The Demon Assassin” Rosemary vs. “The Endorsement” Sebastian Suave.

About Fight Network
Fight Network (www.fightnetwork.com) is the world’s premier combat sports network dedicated to complete coverage of combat sports, including fights, fighters, fight news and fight lifestyle. The channel is available on over eight of the top 20 video providers in the U.S., all major carriers in Canada, Roku and Apple TV devices across North America, over 30 countries across Europe, Africa and the Middle East and on TSN Radio in Canada via its program “Live Audio Wrestling.” Fight Network is a subsidiary of Anthem Sports & Entertainment Corp., a leading global sports media company. Fight Network also operates Dare to Defend, a non-profit organization aimed at addressing the issue of domestic violence and gender inequality, empowering women in the process.

We’ll lead off with this story tonight on WrestleCorp.

Mauro Ranallo Updates – The Observer and Dave Meltzer has news on Ranallo. Mauro signed a new, two year deal with the company, with the idea that he’ll be working with NXT. He’ll report directly to HHH and Michael Cole, who runs and produces the program respectively. It’s also revealed that despite the fact JBL and Ranallo had issues, the comments JBL shared about Ranallo were actually from the WWE top brass. His new deal is not exclusive, but will more than likely affect him calling any other pro wrestling. However his MMA and boxing work will not be affected. The new deal is for about 20 dates, as opposed to the near 80+ before.

That was crazy, every week for years I would look around and the people around me would get beat down but they never got me. They would always get the timekeeper and I was always safe. On that night when the Nexus invaded Monday Night Raw Arn Anderson told me before hand I may not be safe and that is when we found out what was going on. As far as the tie is concerned it wasn’t planned like Daniel came up to me and said he was going to get a tie and do this to me. He had a general idea of what was going to happen and Daniel Bryan is very smart, he is great at what he does and when he saw my laying there with my shirt off and tie around my neck instinct just took over and he saw an opportunity to get the job done which he was supposed to get done. They were told to go out there and cause havoc, nobody said don’t do this or don’t do that, they were told to make an impact. He really did strangle me and people still to this day ask me if I was acting and I wasn’t acting, I was legitimately getting choked. I tried to get my finger in-between me neck and the tie but I just couldn’t get it to go in, I was choked for a short amount of time but I was fine and when I got to the back everybody was happy with the way the segment went. Vince was happy, I was happy, Nexus were happy, the fallout came afterwards when one of the sponsors wasn’t pleased.

Big Changes for WWE 2K18? – Gamespot posted an article on the WWE 2k18, and revealed some interesting changes to the series;

With a reworked graphics engine, new modes and story for MyCareer, an expanded creation suite, 8-Man battles and match types, and enhancements to the grappling system–WWE 2K18 is looks to be a big change for the series./blockquote>

Quick Hits – NJPW’s USA show was a success, and want to try a touring style not later than March/April. An L.A. office is to be opened within this year, and the dojo will be opened in 2018. Lillian Garcia sang the National Anthem last night at the SmackDown’s July 4th show.